When we're together again.....

As some of you know, my new husband and I have been apart for the past 6 months.  That's a very difficult way to spend most of your first year together, and I won't pretend it's been easy.

But our time apart is drawing to a close, so I can finally allow myself to think about all the little things (and big things) I can't wait to do together again...here are a few, in no particular order...
...Building a marriage and life together, instead of trying to imagine it while  1,357 miles apart
3 comments: 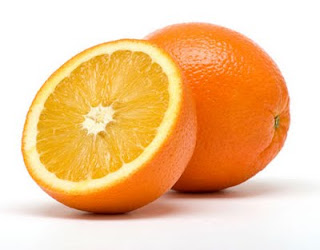 Suppose you selected a nice bright orange from the stand at the farmer's market.  When you cut it open, you'd expect to see juicy orange sections inside?  You might wonder if it would be sweet or sour, but otherwise, you'd feel pretty confident about what you'd see.

Even if you had never seen an orange inside, the match between the outside and inside would make it a pretty un-surprising experience. A no-brainer, so to speak. 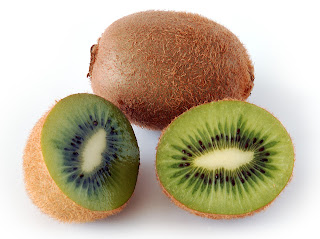 Now take the kiwi.  Its fuzzy, rough, exterior gives no hint of the sweet, juicy, bright green interior.  Someone seeing a kiwi cut open for the very first time would be understandably surprised. But we're all kiwi sophisticates here, right?  We know about the secret green interior, so we're not fooled at all. We have experienced kiwis before. It may have taken a few times, but we're ready for it now.

Now suppose for a moment, that you went to that farmer's market, and you selected a big orange.  And you cut it open, only to find that instead of the orange segments, there was a soft green interior.   A kiwi center in an orange wrapper. Even a sophisticated, in-the-know kiwi pro would be shocked at this point, right? 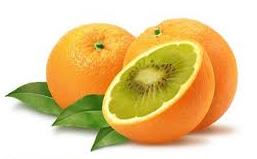 I was thinking about oranges and kiwis after I stopped for a snack at a neighborhood fast food place the other day.  Ahead of me, heading for the entrance door was a young man wearing what most people would consider gang or street attire.  His pants were half way down his behind, with his underwear showing.  The hat, shoes, shirt and jewelry were all what we have come to expect from young men in what are called "economically challenged" neighborhoods if we're PC or "slums" if we're not. And truth be told, the neighborhood where I had stopped would fit either description.
As I approached the door behind this young man, he stopped, waited for me, and held open the door.  I thanked him, and he replied "You're welcome, ma'am" and smiled.
And that got me thinking.
If I was to look at this young man like the orange, I would have expected his insides to resemble his outside.  I might even have been afraid or at least nervous when he stopped just ahead of me, expecting an action to match his attire and his surroundings. Many people are afraid to stop in or even drive through poorer neighborhoods, because they are absolutely sure the inside and outside are the same.
If I knew the young man, over time I would have learned something about him.  And based on those experiences, I might have understood that the exterior concealed something entirely different inside. I might have, like the kiwi-experienced, known what to expect.
But this was something entirely different.  This was the orange outside, with a surprising kiwi inside. And it was wonderful because it snapped me out of my complaisance.
So now I'm wondering... how often do we act on the basis of our orange or kiwi experiences -- believing we know what's inside. And how often are we wrong, but don't stick around long enough to find out?
I'm not sure it's even possible, but wouldn't it be wonderful if we could approach each exterior, whether it's a person or an experience or a challenge without being so darn sure we know what's inside?  If we could suspend our judgement, even for just a minute, and wait to see for ourselves with fresh eyes.
No comments:

Email ThisBlogThis!Share to TwitterShare to FacebookShare to Pinterest
Find more posts about: being in the moment, diversity, learning, life lessons, mindfulness

This past weekend I went to a bloggers conference in Miami Beach (for those of you who might think this involved lots of travel, getting there consisted of a 23 mile drive each way.  Yes, I am blessed!)

At the conference I met some amazing people who are leading the way in blogging, online marketing, and community-building.  I have PAGES and PAGES of notes to go through, all filled with great ideas for making blogs, websites and social sites better, more appealing and more useful.  I have a stack of business cards to look at and wonderful women to connect with over the next few weeks.

One of the most inspiring speakers was Guy Kawasaki

, who used his new book "Enchantment

" to offer ideas on making a business truly speak to its customers.  He even gave out copies of his book (thank you Citrix for sponsoring that bonus!), so we could continue the conversation after the conference ended.

It's amazing what a difference it makes to spend time with other people who are sharing a part of your path.  Talking with these women (it was a women's blogging conference, by the way, although there were a few brave men who defied the label and shared the event.  Bravo to them!) reminded me of goals I'd pushed aside or forgotten, opened my eyes to new possibilities for both my personal and company blogs and social sites, and inspired me to step outside the box and try some new tools and techniques.

It's that way in so much of life, I think.  We sometimes get so caught up in our own view of a project or a life event or even a spiritual practice that we forget that there are others out there traveling that same road.  A few days -- or even just a few hours -- with our fellow travelers can do wonders for opening up new possibilities.  Sometimes it even reminds you why you started on that path to begin with...a fact that can be easy to forget amid the details and struggles of any journey.

One more thing....I have seldom (maybe never?) endorsed a business on this blog, but I have to make an exception for the restaurant where I had lunch on Saturday.  Pasha, a delicious healthy Mediterranean cafe on Lincoln Road was one of the most delicious places I have ever tried.  I ordered a lentil yani (stew), and was presented with a bowl of fragrant, delicately seasoned vegetable and lentil stew, accompanied with perfectly cooked basmati rice.  I also ordered a side of hummus, and was delighted with the hot, puffy fresh pita bread that came with it. The only negative was when I asked for a refill on my iced tea, and then discovered that I had been changed another $2.00 for it -- and it was 90% ice.  Uncool, especially on a hot Florida afternoon!

But iced tea issue aside, I sat there, at a shady table under the palm trees, and ate incredible food, browsed through a magazine, and thanked my lucky stars for all of it.  The conference, the food, the weather, the setting...it just doesn't get any better than this.
3 comments: